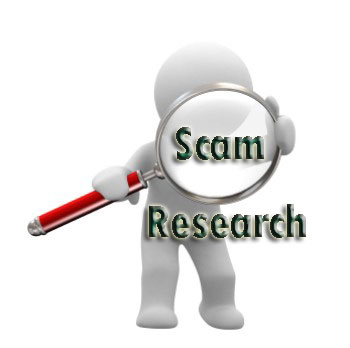 Beware of renting a static caravan for your holidays through social media unless you can verify that the advertiser is genuine. Recently dozens of would be holidaymakers believe they were scammed having booked caravans that didn’t exist through an alleged private letting agent on Facebook.

The families who lost money were from the South West in Devon, Cornwall and Bristol after their bookings were cancelled at the last minute by the agent, who conducted her business via email and Facebook. The caravan she advertised was located on Perran Sands Caravan Park, Cornwall.

Booking for renting a static caravan was cancelled at the last minute
One victim from Hengrove, Jane Ryan, booked her family holiday for 26 July reserving one week in the caravan, but on the day before she was due to set off, the agent called to tell her the caravan would no longer be available.

Jane then did some online research and discovered that dozens of other people throughout the UK had also been scammed. Fortunately, she was able to get her £400 refunded although it wasn’t easy but other victims have not been so lucky. Many are still awaiting refunds.

Jane quite understandably feels the agent shouldn’t be allowed to get away with it, since Jane believes that the caravan holiday that is being advertised does not exist.

The correspondence Jane had with the agent was mainly via Facebook messages and email but the agent has now deleted all the messages from Facebook that she sent leaving only Jane’s messages visible.

Believing that the agent is trading with several names, Jane wants to make people aware of her activities and to warn them to use only reputable companies. The Devon & Cornwall police are involved in the investigation of fraud claims.

Keys for a rented caravan holiday home didn’t arrive
A victim from Devon, Dagmar Gove, booked her holiday last November via a Facebook buying and selling group. She paid £450 for one week commencing 16 August and received her confirmation through Paypal. The keys to the caravan were supposed to be sent to her but didn’t arrive. She attempted to access the Facebook group page but had been blocked. She was also not able to contact anyone on the telephone number she had been given.

Dagmar has still not received a refund and she said that she was more enraged about the disappointment and stress caused to people who had been caught up in the scam than she was about the money.

As a freelance translator she can only take one week off per year for a holiday since she could lose her ongoing clients. A lot of planning has to go into organising this one week to ensure that her work is covered. She also has a foster son of 16, who is as disappointed as everyone in the family that they could not spend their first holiday together.

Last minute cancellation of rented caravan holiday home in Devon
Another victim from Taunton, Becky Watts, has not been refunded the £600 she paid in two instalments for renting a caravan at Sandy Bay on the Devon Cliffs Caravan Park. She too was called at the last minute by the agent who told her that she could not go.

Becky, who has three children ended up booking elsewhere because she did not want to disappoint her children, hence it has cost her double what she budgeted for.

Don’t deal with strangers and check for bad reviews.
Action Fraud UK has received a number of complaints from other people who have lost money in the same way. A spokesman stated that the organisation had received at least 4 reports regarding a case in Cornwall. These cases are being assessed by experts at the NFIB (National Fraud Intelligence Bureau). Once assessed they will provide a report on how and where internet crime and fraud has taken place which then be passed onto the relevant police force to assist them with their investigation.

What you can learn from this is that you should always check out someone’s credentials on social media. www.usemycaravan.co.uk has a Facebook and Twitter account but you book your static holiday caravan through our website. There are plenty of ways to check out agents and the best one is search for “bad reviews (followed by the name of the company or website). If nothing appears that is detrimental you can be fairly confident that all is above board. You wouldn’t book your holiday from a stranger in your local so why would you arrange it via Facebook?

Usemycaravan enjoys high ranking and placement on the majority of leading search engines such as Google, Bing, Yahoo and many others... In addition, prominent coverage on popular social media platforms such as Facebook, Twitter and Google Plus and Linkedin especially when you input advertise my caravan.

Our aim is to provide the widest range of static caravans to hire varying in locations, costs,and most importantly, things to do both on-site and off-site. The static caravans available to hire on this website are all privately owned.